It’s 6:42 on a Monday morning and the New Hampshire roads here are coated with black ice as rain sleet crashes against my windshield.  I’m already late for work because it took 15 minutes to defrost the car but I’m taking it slow because I’d rather get their late and alive than dead and on the side of the street.

Only half a mile away from the office now and I’m sitting at a red light trying to turn right while straining to make out headlights through the precipitation.  My caution and respect for my life and the other drivers on the road is rewarded by a long honk and rude gesture from the driver behind me.

While the blaring honking is unnerving what really drives me crazy is the arrogance that these rushed drivers demonstrate.  Even though they do not have the same line of sight that I have, they assume that their desire to get where they are going supersedes my safety and discernment.  From their vantage point a car or two behind me, there’s no way they can tell whether it’s safe for me to turn right on a red or not. But they think they know best, despite their lack of complete information and the fact that they don’t have the same safety values that I have.

Everytime this happens, I feel a wave of frustration and then a sharp pain of guilt.  How often do I do this to people off the road? I think I know best for my friends, family, and the general populace.  I want to honk my horn at their hesistency, their inability to make the decision I think they should make. Even though I don’t see the full picture.  I can’t assume that we share the same values or decision-making matrices. Instead, I have to assume that they are making the best the decision they can, given where they are positioned in life and what their vantage point shows them.

Others’ decisions may impact my life but that doesn’t mean I get to make those decisions for them or honk at them when they don’t do what I would behind their steering wheel.

2 thoughts on “Right on Red”

Any project Chloe accepts is completed promptly and professionally—two characteristics that place her among the top freelance candidates whenever I have work that needs to be finished without much supervision. I know she’ll do it right the first time. 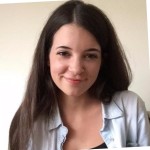