I realized today (while on a jet ski) that difficulty is largely due to perception and preparation. Perception deals with the view. Who is describing the difficulty of a task? People have very different thresholds for hardship. It does not mean that one person’s difficulties and way of dealing with said difficulties is less valid if they have a lower threshold. They are feeling the same level of personal angst as one with a higher threshold. It is, however, harder to sympathize with the person who is complaining about a scratch after you have undergone surgery.

“Standout” is the word that comes to mind when I think of Chloe.   She has a remarkable work ethic, was able to meet deadlines quickly, and works independently. Chloe would be an asset to any team! 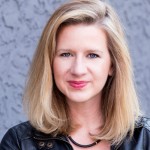