Of The World, But Not In It

When my husband and I first moved to Southern California from rural Pennsylvania, we suffered from culture shock.  You couldn’t escape the smell of tacos and citrus trees seem to sprout of sidewalk cracks like weeds.  I also noticed the same bumper sticker on most of the cars parked on the street in the neighborhood and in grocery store parking lots. 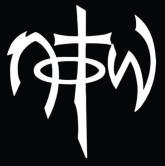 Did we just move into a gang neighborhood?  The bumper sticker contained the acronym “N-T-W” and triggered some kind of childhood flashback I just couldn’t put my finger on.

It finally hit me.  I had a sweatshirt with that symbol on it once, back when it was the cool 7th grade thing to do to wear obscure Christian slogans on your hoodie. N-T-W = Not of This World.  I had no idea the company mass producing those sweatshirts and bumper stickers was still around, let alone infiltrating the the rear view windows of suburban San Diego SUVs.

As Christians, is this the best we can do to engage with our culture in a meaningful manner?  And yes, I mean our culture.  The one we live in.  Not the ambiguous secular culture we love to hate or the Christian culture we pretend to like.  But the culture created by where we live and the people we work with and the neighbors next door.  Are they really going to look at that cryptic bumper sticker and think: “Now that’s someone living with Jesus Christ as their Lord and Savior!”

Probably not.  The message is a good one–paraphrased poorly from John 18:36: “Jesus answered, ‘My kingdom is not of this world. If my kingdom were of this world, my servants would have been fighting, that I might not be delivered over to the Jews. But my kingdom is not from the world.’”  But the delivery via bumper sticker falls short.

It has not been uncommon for evangelical Christians to give up trying to come to terms with “secular” popular culture, and to boycott it altogether.  But often they have simultaneously endorsed the creation of an extensive parallel popular culture, complete with Christian rock bands and nightclubs, Christian soap operas and talk shows, Christian spy and romance novels, and Christian exercise videos.  They have thus succeeded in being of the world, but not in the world.  The “Christian” popular culture takes all its cues from its secular counterpart, but sanitizes and customizes it with “Jesus language.”

Traditionally, critics of popular culture have focused on it’s content.  You turn on today’s latest hits for 60 seconds and you’ll hear filthy language, objectification of women, questionable sexual morals, and violence. But is the solution to replace crass bumper stickers with our “Christian” ones?  Perhaps the problem is not only the content of popular culture but the way we’re sending and receiving messages with one another in general?

Back in those hoodie wearing days of 7th grade, I was invited to an older girl’s 13 birthday party.  This was a big deal, because I was only 12.  The popular catch phrase of the day was a sarcastic “whatever,” usually accompanied with an eye roll.

This birthday girl’s well-meaning parents picked up on their daughter’s favorite retort and decided to slap some Jesus on it for her birthday present.  They gave her a t-shirt with “whatever” screen printed on it in size 72 font and the remainder of Philippians 4:8 in tiny letters: “…whatever is true, whatever is honorable, whatever is just, whatever is pure, whatever is lovely, whatever is commendable, if there is any excellence, if there is anything worthy of praise, think about these things.” They took a popular culture form of t-shirts with sassy sayings on them and attempted to “Christianize” it.  The result?  The Word of God placed on the same level as “I ❤ New York”

It’s the same reason why those cheesy Christian movies always leave a bad taste in our mouths.  And why when my high school youth group leader encouraged us to cut out all non-Christian music from our lives, another mentor suggested that we start listening to country songs to help us make the transition from secular to Christian music.

Later in his book, Ken Myers goes on to ask, “Are there natural virtues of sympathy, of love, of justice, of mercy, of wisdom that can be encouraged by aesthetic experience?  According to Lewis, learning to ‘receive’ a work of art does encourage habits of the heart that have effects in other areas of life.  And now, to put popular culture on the spot, does it have the same capacities?  No, and few people, even its most ardent fans, would claim that it does,” (Myers 97).

This is why being a critic of form and not just content matters.  Intaking messages that are delivered through media that does pass the Philippians 4:8 test makes us more like Christ.  It’s tempting to make rules like: “No music with 5 or more “yeahs” inserted randomly into the lyrics” or “Only read books that are at least 200 pages long,” but that just teaches us how to check things off a list, not how to value and hunger after the truly beautiful things in this world, explicitly Christian or otherwise.

C.S. Lewis provides a useful guideline for form criticism in his book, An Experiment in Criticism by suggesting we do some self-examination about the way we intake everything (movies, paintings, music, writing, etc..) and ask: Am I receiving this or just using it?  He distinguishes between the two this way:

A work of (whatever) art can be either ‘received’ or ‘used’.  When we ‘receive’ it we exert our senses and imaginations and various other powers according to a pattern invented by the artist.  When we ‘use’ it we treat it as assistance for our own activities….’Using’ is inferior to ‘reception’ because art, if used rather than received, merely facilitates, brightens, relives or palliates our life, and does not add to it.

Most of the forms chosen by pop and Christian culture leave little room for receiving the message.   As Lewis says, we become “so busy doing things with the work that we give it too little chance to work on us.  Thus increasingly we meet only ourselves.”

Lewis’ distinction helps us find forms that encourage us to receive and interact with the message instead of just using it.  Not only will you find yourself a better reader, appreciator of art, and listener, you will also be developing those “natural virtues of sympathy, of love, of justice, of mercy of wisdom.” Using these same forms to glorify our God and share His Gospel encourages active and thoughtful reception of the best message of all time.  I’d say that beats a bumper sticker or t-shirt any day of the week.

I found Chloe to be a highly functioning professional who is creative, reliable, humble, articulate, and winsome. I give Chloe my highest recommendation. 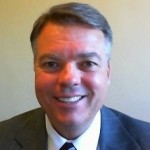